Some time ago, Smarties really needed a push in sales in Brazil to start with . It was a difficult project due to a very low budget for the film. After watching the historical reel, we solved the problem using a vintage B&W English ad and simply colouring the little Smarties using cgi to enphasize the fun of the colourful balls for young children. As that ad had never run in Brazil it felt like a purposely created ad and it was very successful. The photo in the poster were done in a vintage style to follow the TV ad treatment. Although it doesn’t make a lot of sense in English, it’s worth mention that the line beautifully closes the ad saying “Since 1900 and little balls (which in Portuguese is an idiom for ‘for a long time’) Smarties has been the chocolate covered in fun.”

Smarties is now a well established brand in Brazil. 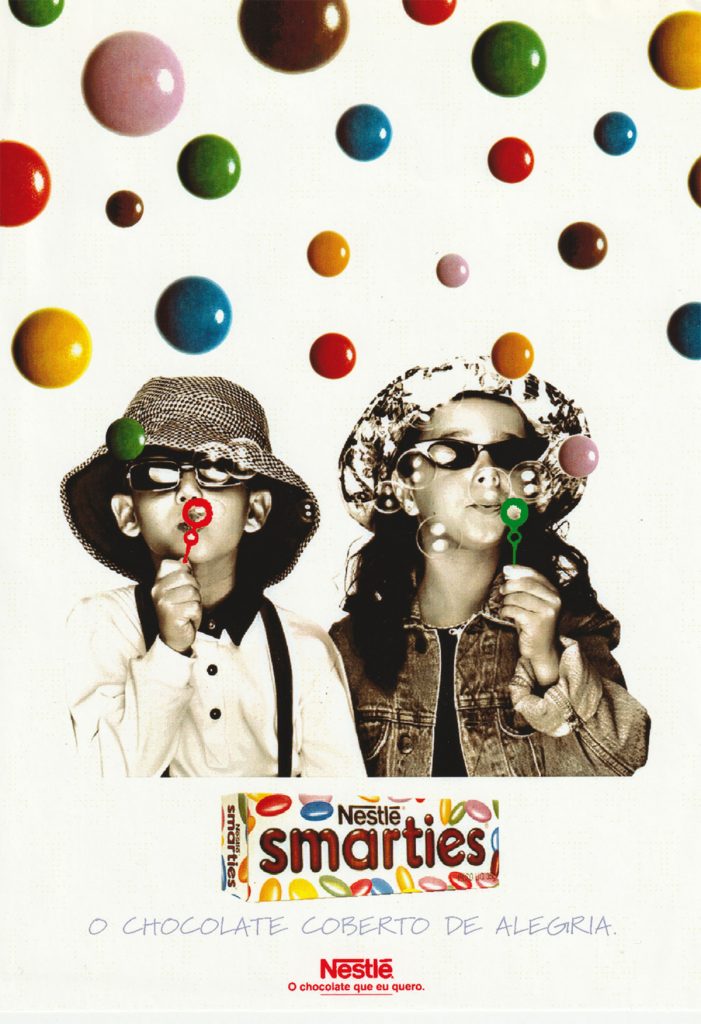